Derby City Sport Forum is led by elected officers – following the Forum AGM on 22nd September 2020 the newly appointed committee for 2021/21 are:

Here are a few words about the committee members and what they have to say about the Forum:

Bob was involved in the management of Spondon Cricket Club for more than 30 years before handing over his responsibilities in 2014. Now he is a player and exponent of walking football.

Elected as Chair in 2020 and after holding the post of treasurer since 2013, Bob is keen to grow the forum membership and see member clubs prosper.

“The concept of the Sport Forum is a fantastic one,” he says. “It provides a facility for sports clubs of any discipline to meet and share best practice.”

John has been a member of the Midland Canoe Club, Darley Abbey, for almost 60 years, it’s president since 2003, a trustee since 2013, and a keen sea kayaker for some 55 years.  He has been a DCSF member since its inception, and can speak personally of the benefit this has brought to MCC as a resul

‘I strongly recommend all those sports clubs, groups and organisations in and around the City of Derby to consider joining the Forum.’ 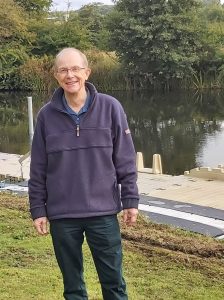 Ian has been involved in sport in the city since 1997. A spell on the committee of Derby Phoenix Swimming Club, including a campaign to keep the University swimming pool (now Lonsdale) at Mickleover as a public  facility, from 2000 was followed by honorary chair and managing director of the trust, set up in 2007, to run the pool for the benefit of the community.

Ian says: “The forum gives a collective voice to clubs and is a great way of getting an effect that is greater than the individual parts.

Katy West is a Move More Co-ordinator for Derby City Council. Her role focuses on working with people in our diverse communities to understand the role that sport and physical activity can play in making lasting and positive changes that meet our community’s needs, aspirations and interests. The emphasis is on using sport and physical activity as a force for good by being insight led and collaborating with many different sports clubs, community groups, charities, businesses and organisations and residents to achieve this.

The forum is honoured to have swimming champion Ross Davenport as an ambassador to represent the club.

Ross made his Olympic debut for Team GB in 2004, finishing fourth in the 4x200m freestyle relay.  He won double gold for England at the 2006 Commonwealth Games in the 200m freestyle and 4x200m freestyle races. He also represented Britain in the 2008 and 2012 Olympics and the world and European championships. Ross, who started with City of Derby Swimming Club, retired from competition in 2012.

In 2017 Ross presented prizes at the Derby City Sports Awards, organised and hosted by the forum.