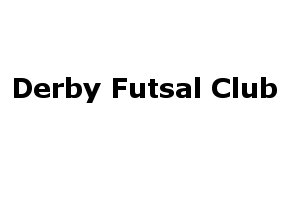 Derby Futsal Club is Derbyshire’s premier futsal club, developing players, coaches and Futsal people across Derbyshire and the East Midlands. We are very proud to compete in the FA National Futsal Series

Futsal is the FIFA-recognised form of small-sided indoor football. It is played between two teams who each have five players on the pitch at any one time, with rolling substitutes and a smaller ball than soccer that is harder and less bouncy.