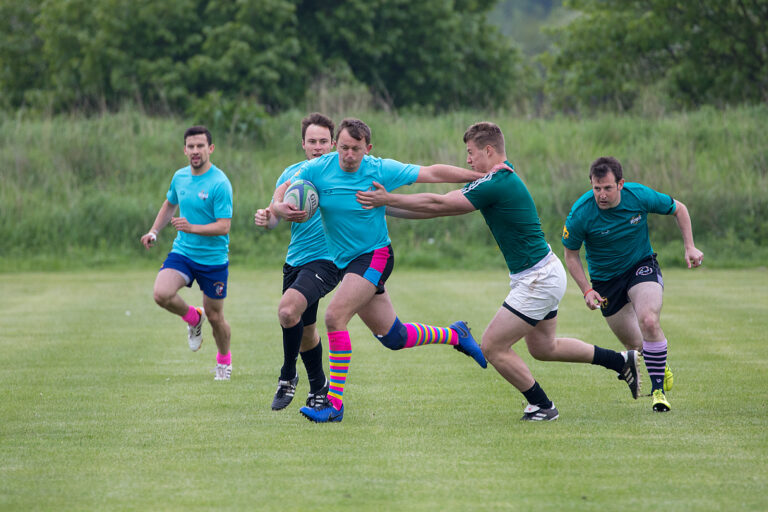 The Rolls-Royce RFC Elliott Sevens took place on the 18th of May. 185 players in 16 teams battled it out in overcast conditions on the playing pitches at the Rolls-Royce Sinfin site. At the end of the day, Brokily Dokily, a Bristol based team, were crowned the winners! Spectators enjoyed a fully stocked bar and BBQ, and a cake sale raised over £300 for charity. Numerous players who had been out of the game for a while took advantage of the 4 free training sessions offered by Rolls-Royce RFC before the tournament and will hopefully continue playing rugby in some capacity next season!