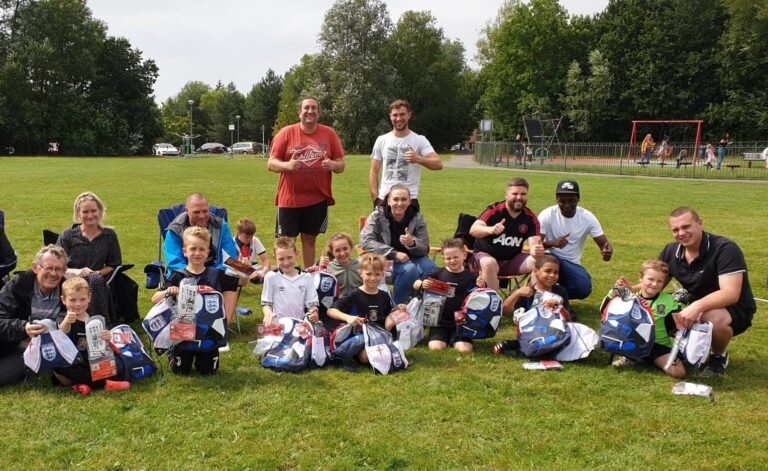 Derby City Sport Forum has been out and about distributing some England Football goodies which were kindly donated by city based charitable organisations Children First Derby and Community Action Derby.

The first batch was eagerly received by some young players from Shardlow United FC. The club, who train in Derby, like many other clubs have been hard hit by the impact of Covid 19 and are slowly on the road to returning to play. Coach Sajj Akram said the children were surprised but delighted to receive the gifts.

He said: “Big thanks to the Derby City Sport Forum and the charities who donated for these fantastic items – the faces on the kids lit up and it’s great to see smiles on their faces after a tough few months for everyone.”

It’s great too see the impact they made on the children in the photos.